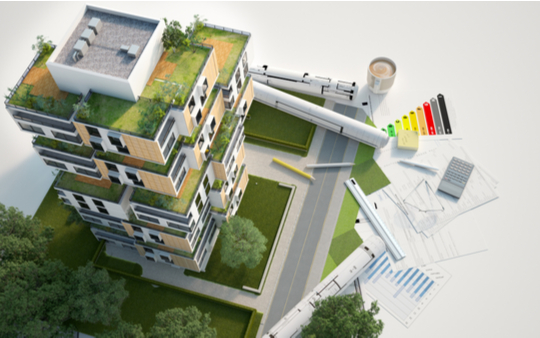 The scheme, NABERS UK, builds on the fantastic work already undertaken in Australia, where the original NABERS scheme was pioneered, providing a tangible means of addressing this performance gap. The original NABERS scheme has been widely praised in the industry as it bases assessment on actual, rather than theoretical, energy performance. It’s success has also been highlighted by the significant energy reductions which have been achieved by participants of the scheme.

The aim of the scheme is to measure actual building energy performance whilst also promoting accountability and transparency to ensure that through a collaborative approach, buildings operate to their low energy design potential, thus closing the performance gap. One of the most widely used building energy rating schemes currently is that of Energy Performance Certificates (EPCs). These are a mandatory requirement when buildings are sold or rented out, but EPCs have been heavily criticised as a measure of building performance as they provide an asset rating based only on theoretical, rather than actual, performance.

BRE has been appointed as the scheme administrator for NABERS UK, owing to its significant experience in the management of its own rating scheme, BREEAM. Although the scheme is based on the Australian NABERS framework, it has undergone 18 months of vigorous review and adaptation to make it fit for purpose for the UK commercial property sector market. This has included significant data collection and the production of new benchmarks, as well as work to delineate the boundary between landlord and tenant energy consumption so that landlords can understand the operational performance of the areas over which they have control.

At present the rating is limited to commercial office properties, but there may be scope for this to develop into other areas into the future. This is an exciting step for the UK property sector and promises to play a key role in the trajectory towards Net Zero Carbon for this sector.