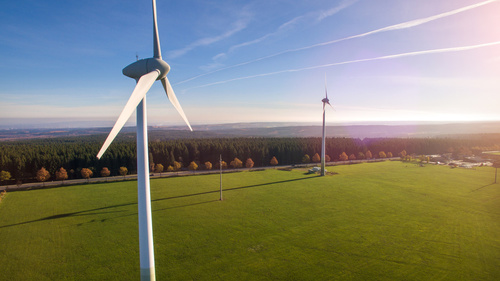 In what will be seen as something of a U-turn, the UK Government has announced that onshore wind generators will once again be allowed to compete for subsidies during the next round of Contracts for Difference (CfD) auctions, which will take place in 2021.

Onshore wind had been removed from the CfD scheme since 2015, when it was considered that the market had reached a level of maturity where it could compete with fossil fuels without subsidy. However, with the UK looking to quadruple renewable energy generation, the technology has been re-admitted.

The CfD program is a scheme which allows new renewable developers to bid for generating capacity, which can then be delivered at a defined “strike price”. The market mechanism is designed to attract investment in the sector by offering greater certainties on return on investment, which would not be secure if left open to highly volatile wholesale market costs.

Chief Executive of RenewableUK, Hugh McNeal, said about the move: “[backing] cheap renewables is a clear example of the practical action to tackle climate change that the public is demanding, and this will speed up the transition to a net zero economy”.