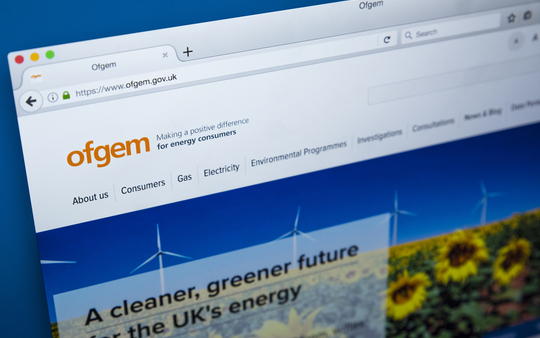 UK retains its global leadership position in cutting emissions, but progress is slowing

The UK continues to be a global leader in cutting greenhouse gas emissions, according to Ofgem’s annual state of the energy market report, but progress is slowing.

Greenhouse gas emissions have fallen by 42% since 1990, more than any other large advanced economy, due largely to the decarbonisation of electricity generation. This has been driven by Government policies, such as the carbon price which penalises coal plants in particular, and the huge growth in wind and solar power. In fact, renewables generated a record 33% of our electricity last year.

Progress is slowing however, with last year seeing the smallest reduction in emissions since 2012 (2.5% this year, down from a 3% fall the previous year).

Transport continued to be the largest single source of carbon emissions, although emissions fell slightly last year (3%), partly down to an increase in the number of alternative fuel vehicles, which now account for 2% of the licenced cars on the road in GB.

In line with the Government’s net zero target, a priority of Ofgem’s new corporate strategy is helping decarbonise the economy at the lowest cost to consumers. Ofgem will set out more details on this early next year.

Separately, competition in Great Britain’s retail energy market continued to develop in 2018-19. Medium suppliers benefitted the most from record switching rates (just over 20% in June 2019, up from 19% the previous year), which swelled their market share by 7 percentage points in electricity and 5 percentage points in gas to over 20% of consumers overall.  They also gained customers who were transferred to them under Ofgem’s safety net after a number of smaller suppliers failed and exited the market.

At the same time, the market dominance of the six larger suppliers continued to weaken as they lost 1.3 million customers and saw market share fall to around 70% of consumers, compared to around 75% the year before. Small suppliers for the first time saw their market share fall to 9% of consumers, down from 10% the year before.  This is unsurprising given the number of smaller suppliers that have gone into administration of late.

Price transparency has improved in general for business customers. However microbusinesses still lose out and pay on average twice as much for gas and 30% more for electricity than the average across all business customer segments, often because they are on expensive default tariffs.

“Ofgem’s latest state of the market report shows the progress made so far to decarbonise the economy, but much more needs to be done. We want the UK to remain a global leader in bringing down greenhouse gas emissions, and our major objective is to help the country rise to the challenge of cutting emissions to net zero by 2050 at the lowest possible price to consumers. We will continue to enable competition and innovation which benefits consumers, whilst protecting those who need it, as we help build an energy market which works for all consumers.”

The full report can be found here: State of the Energy Market 2019