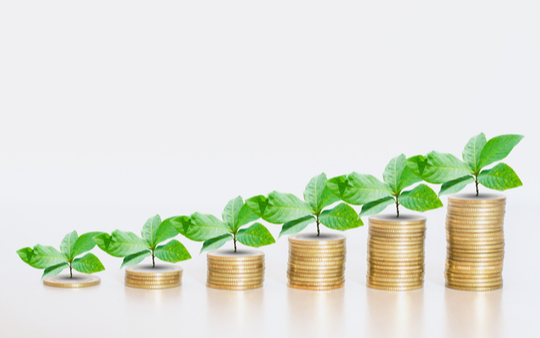 The Summer Statement was announced by the Chancellor Rishi Sunak this week. It included a £3bn package to stimulate the UK’s green economy as the country recovers from the Covid-19 pandemic, which has severely damaged the UK and global economies. Recovery from the pandemic is being presented as the greatest opportunity to progress the net carbon zero agenda given that many organisations and communities will need to adapt their practices as the lock down is relaxed.

The Government has been criticised of late for the multi-billion-pound ‘New Deal for Britain’, which prioritises jobs and infrastructure growth in response to the devastating financial impact of the pandemic. The measures announced to boost the green economy will go some way to appease the critics.

Of the £3bn package, £2bn will be spent on grants and the remaining £1bn will be allocated in subsidies and loans.

£2bn has been set aside for a new Green Homes Grant available for those not living in social housing. The grant will take the form of a voucher to use to cover two-thirds of the cost of verified energy-saving home improvements with additional amounts up to 100% of the cost for the poorest households. Vouchers will be issued once a government-approved supplier has provided a quote and the homeowner has accepted.

The Chancellor expects that homeowners would see their annual energy bills cut by up to £300 as a result, with the average annual saving likely to be around £200. It is expected that up to 650,000 homes will be covered by the grant and applications for the scheme will open in September.

In addition to these measures, the Chancellor confirmed a £50m initiative to trial early-stage energy efficiency and flexible energy technologies and a £40m Green Jobs Challenge fund aimed at environmental charities and local authorities to launch or expand nature conservation and restoration in England.

The Government expects that these measures will collectively reduce the UK’s annual greenhouse gas emissions by half a megaton and create more than 140,000 jobs. Given that over 600,000 employees ceased to be employed between March and May this year, the announcement of new jobs will be welcomed by those who have become unemployed.

The Government’s overall recovery package equates to £160bn and with less than 2% being allocated to the green economy it is clear that much more is needed to deliver the commitments made by the Government as it prepares for the UK hosted Cop-26 due to be staged in November 2021.