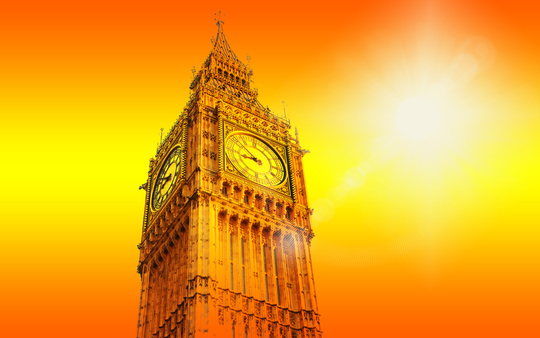 Climate change and the health impacts from a warming UK

The brief glimpse of warmer temperatures and the signs of spring of the last few weeks have prompted a round of temperature related news stories. This one here regarding the earliest peak of Japan’s cherry blossom since 812 is a cause for alarm. Naturally as a climate change and carbon expert I am reflecting on the recent hotter days with some caution.

Torrential hurricanes, devastating droughts, crippling ice storms, and raging heat waves – we are all well versed in the extreme weather phenomena that can claim lives and cause untold damage. Climate (the long-term shared space) influences severe weather (the short-term local event) by causing longer droughts and higher temperatures in some regions, and more intense deluges in others.

The more vulnerable communities in exposed mountain and coastal regions, and areas which are already drought ridden, are people whose livelihoods are most likely to depend on the stable climate (agriculture, fishing, tourism etc.). Pictures of arid deserts, snow-less mountain tops and failed harvests are indeed devastating, but often feel quite far removed from us here in the UK. So, what are the impacts here in Blighty?

This graphic from the UK Met Office presents the changes to the climate system alongside their impact on us [1]. Each broad area of water security, economics, agriculture, infrastructure, biodiversity, weather and health could (and does!) take up entire articles. The topic of the day is weather (because a recent run of staycation breaks focused my eye on the UK weather more closely than ever) and health (because, you know). So today I wanted to summarise the UK’s changing climate and hammer home the point that this isn’t a distant phenomenon shrouded in uncertainty – this has already been playing out in our weather data for decades.

However, right now, the chances of any part of the UK hitting 40°C are in fact quite low – it currently occurs with a probability of once every 100 to 350 years – but by the end of this century we are on track for a 40°C day occurring every 3.5 years [3]. We all know someone who has joked “longer/hotter summers: yes please!”, so what’s the problem with a tropical 40°C every few years? Let’s talk about heat-stress, which featured in a recent BBC articles, aptly named “Summers could become ‘too hot for humans” [4].

As the temperature around us increases, our bodies open more blood vessels near the skin to lose our heat (via sweat). The open blood vessels lead to a lower blood pressure and make the heart work harder to push our blood around our bodies. Mild symptoms include itchy heat rash or swollen feet (as blood vessels become leaky), but if the pressure drops too low then insufficient blood will reach the organs and the risk of heart attacks rises. Sweating leads to the loss of fluids and salt and, critically, the balance between them in the body changes. Combining this with lowered blood pressure can lead to heat exhaustion (dizziness, fainting, confusion, nausea, muscle cramps, headaches, heavy sweating and tiredness) and eventually heat stroke with vomiting, seizures and loss of consciousness.

In the UK it is possible to see the death toll from heat stroke rise very quickly – within 24 hours (in contrast with cold snaps, which can also be deadly, but take longer to have an impact). A large study of 9 European cities found that during heat wave days, all cities saw a significant increase in total daily mortality. London saw 10.4% extra deaths per day, Milan had 33%! Europe’s 2003 heatwave caused about 70,000 additional deaths [5].

A weakening of the high-level jet stream is increasingly causing weather systems to stall and leading summer temperatures to soar. Our warmer air holds more water and we feel the humidity. Daily heavy rain events are becoming more frequent (a 1-in-125-day event during 1960-1970 is now more likely to be a 1-in-85-day event). The mean intensity of cyclone events, their persistence and clustering have significantly increased. Sea level along the English Channel has already risen during the 20th century due to ocean warming and melting of glaciers. The warming we are already committed to by inaction over the recent decades will see a further rise of 11-16cm by 2030 [6]. Genuinely, I have at 3 points in the past 5 springs been trapped in my village due to localised flooding. It’s not climate refugees from the Federated States of Micronesia, but it is happening in my hometown in Berkshire, UK. People here are already unable to live in their homes any longer due to persistent flooding. Your business, your employees and your supply chain are increasingly vulnerable. Interestingly, the UK National Audit Office estimates that for every £1 spent on protecting communities from flooding, around £9 in property damages and wider impacts can be avoided.

Incidentally, when humidity and temperature get together that’s not really fun for anyone in terms of cloud coverage on those oppressive 40-degree days. This combination also has deadly consequences in terms of mosquitos spread – malaria dengue fever, leishmaniasis and encephalitis are on the rise in Europe due to changing climate.

Aside from the morbid death toll statistics, there are of course many other areas that our changing climate and associated weather impacts upon, which in turn affect our mental health. In the last two years I’ve had several important events destroyed thanks to snow fall and landslides as a result of downpours, as well as trees blown down and heat stress buckling train tracks. During the last 30 degree+ day I was surprised to find that my radio reception was affected by warmer air. Our buildings – offices, care homes, the homes that people are living in – are not necessarily adapted for increases in temperatures. Productivity is affected where working temperatures are increased, and our buildings are costing more in terms of cooling energies, creating an unfortunate feedback loop.

We are all responsible for climate stewardship and it’s the actions we take as individuals that impact the kind of future we will have on this planet. Whilst weather and health are only two impacts briefly summarised here, the complexities and scale of these impacts can’t be understated. For those of us working to shape the built environment there is a wealth of existing technologies and adaptions we can take advantage of now. Recognising this urgency, a number of leading organisations and countries have publicised ambitious Net Zero Carbon targets (including China [7] – the world’s largest emitter). Net Zero Carbon is the concept of human-caused emissions — like those from fossil-fuelled vehicles, factories and activities etc – being reduced as close to zero as possible. Any remaining emissions are then balanced through GHG removal activities (such as direct air capture and storage technologies). We then reach a state of Net Zero Carbon (akin to climate-neutrality), and this must be revisited, at least annually, to stay on track. The nation of Bhutan has already achieved this as an exemplary example of striving towards a safe and prosperous future.

It has never been more vital to act now to ensure a sustainable recovery, so please get in touch if Carbonxgen can assist your business in setting a Net Zero target, formulating a strategy, sourcing funding or implementing the required actions.