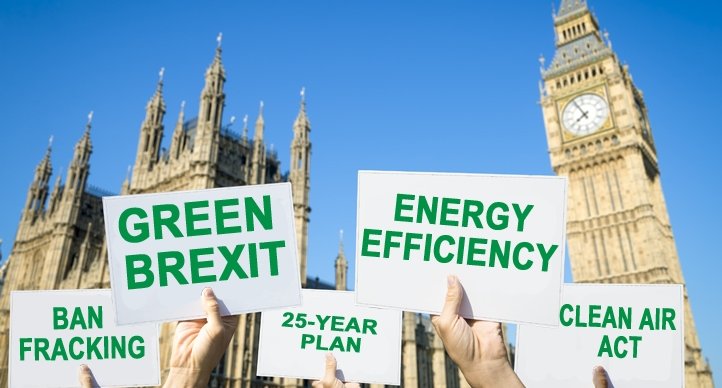 It is decision time! The General Election will take place tomorrow, Thursday 8th June 2017. In Theresa May’s speech announcing this, she referred to the “political game-playing” of other parties in Parliament and the House of Lords, which was causing difficulty with the groundwork for Brexit and weakening the UK’s negotiation power with the EU. May also raised concerns that the alternative, a general election in 2020, would mean party political clashes coinciding with the closing stages of Article 50 negotiations due to finish in March 2019. An election in 2017 means the next election can be as late as 2022 which gives the government three years after the conclusion of Brexit to navigate and implement all the necessary legislation and policy implications of a future outside the EU. Other parties have accused the Prime Minister of political game-playing herself as, at the time of calling the General Election, the polls showed a substantial lead for the Conservatives. The likelihood is that it is a combination of several factors, both political and practical, that have driven the Prime Minister’s decision.

Whilst green issues have not been at the forefront of the election pledges, the main parties have all laid out their strategies for tackling climate change in their manifestos. Despite there being differing views on how the UK will meet its requirements of the Paris Climate Change Agreement, there remains cross-party support despite Trump’s announcement of America’s withdrawal.

The Conservative manifesto pledges to tackle air quality in the wake of High Court action against the current Government over illegal air pollution. The Conservatives will produce a comprehensive 25-Year Environment Plan charting how it will improve our environment as we leave the European Union and take control of our environmental legislation again. In commercial real estate, the Conservatives promise to establish an industrial scheme to help large companies install energy efficiency measures. In residential properties, there is a commitment to upgrading all domestic properties to EPC Band C by 2030 and reviewing energy efficiency requirements in new homes. Carbon capture and storage again receives no mention of support. With regard to the cost of energy, the Conservatives pledge to commission an independent review seeking recommendations on keeping UK energy costs as low as possible whilst ensuring a reliable supply and meeting the 2050 carbon reduction objective. The Conservatives also pledge their support for fracking as coal is phased out and zero emission vehicles by 2050 with an investment of £600m by 2020 to help achieve it.

The Labour manifesto tackles air pollution with the introduction of a new Clean Air Act to deal with the Conservative legacy of illegal air quality. It will establish an environmental tribunal to hear challenges to unlawful government decisions, like those made on the air quality strategy, without engaging in prohibitively expensive processes. There is the promise to take energy distribution infrastructure back into public ownership through the alteration of operator license conditions, and transition to a publicly owned, decentralised energy system. The Labour Party will legislate to ensure environmental protections as a result of Brexit with a ban on fracking because it will lock the UK into an energy infrastructure based on fossil fuels, long after the point in 2030 when the Committee on Climate Change says gas fuelled generation must sharply decline. There will be further support for nuclear projects and a pledge that 60% of the UK’s energy comes from zero carbon or renewable sources by 2030. For households, there will be an immediate emergency price cap to ensure that the average dual-fuel energy bill remains below £1,000 per year, while there is a transition to a fairer system for bill payers. For renters, Labour will improve on existing landlord energy efficiency regulations and re-establish the landlord energy saving allowance to encourage the uptake of efficiency measures and offer homeowners interest-free loans to improve their property.

The Liberal Democrats make several significant pledges aimed at reducing emissions, setting efficiency targets and maintaining competition in the energy market. It pledges a Green Transport Act introducing an Air Quality Plan to include a diesel scrappage scheme and a ban on the sale of diesel cars and small vans in the UK by 2025. It pledges support for an ambitious carbon capture and storage programme which it recognises as essential for delivering clean industrial growth. Its opposition to fracking remains due to the alleged adverse impact on climate change, the energy mix, and the local environment. However, there is an acceptance that new nuclear power stations can play a role in electricity supply provided concerns about safety, disposal of waste and cost are adequately addressed, new technology is incorporated, and there is no public subsidy for new builds. Further legislation will be introduced in the form of a Zero-Waste Act, including legally binding targets for reducing net consumption of key natural resources and introducing incentives for businesses to improve resource efficiency. To maintain competition, the Liberal Democrats pledge to back new entrants to the energy market, aiming for at least 30% of the household market to be supplied by competitors to the ‘Big 6’ by 2022 and a new Green Buildings Act that will set new energy efficiency targets including a long-term ambition for every home in England to reach at least an energy rating of Band C by 2035. The party also commits to restoring the zero-carbon standard for new homes abandoned by the Conservatives, increasing the standard steadily and extending it to non-domestic buildings by 2022.

The Green Party also tackles the clean air agenda with a new Clear Air Act that would expand and strengthen a mandatory Clean Air Zone network and pledges to ensure that existing environmental laws are retained, or enhanced, regardless of our future relationship with the European Union. It commits to breathing life back into the Climate Change Act by investing in an energy system fit for the 21st century by bringing forward the coal phase-out date to 2023 at the latest and divesting public funds from the fossil fuel industry. The Greens unsurprisingly remain opposed to fracking. There will be the introduction of progressive energy tariffs so that small consumers pay less per unit than large ones and domestic customers are not disconnected for non-payment due to hardship. There are pledges to ensure that all new homes are built to zero-carbon standards by 2020, the decarbonisation of heat, and support for renewable energy generation scaling up wind, solar-photovoltaics and marine renewables.

All in all, in the midst of a General Election being fought on policies relating to Brexit, the very real fear of terrorism and public spending, it is encouraging to see that there are pledges to support climate change, energy efficiency and air pollution. Many of these strategies provide long term solutions to such issues rather than a sticking plaster approach that has been experienced in the past. It is clear that there is continued support for such measures both in the domestic and commercial domains with surveys providing evidence that support for green issues remains high. What remains to be seen is how the Government will ensure that the UK has a robust and much needed long term energy efficiency strategy to ensure that the 2050 target is met. The outcome of tomorrow’s election will provide some clarity on the route the UK will take to ensure its contribution to the global need to protect our planet. The question is – how many pledges will come to fruition and which ones are simply hot air?