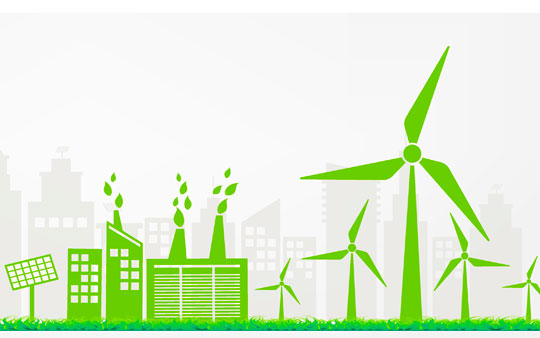 After nearly two-years of delays, the UK Government has finally published its long-awaited Energy White Paper. The paper comes hot on the heels of the Ten Point Plan and the National Infrastructure Strategy, and promises to put in place a strategy that will: decarbonise the economy; support a green recovery; and create a fair deal for consumers. The government believes that the measures will cut emissions from buildings, industry and transport by 230 million metric tonnes, the equivalent of removing 7.5 million petrol cars from the roads.

In summary, the paper makes the following key commitments:

– Reviewing domestic supplier switching, and trialling auto-switching to tackle high tariffs for dis-engaged consumers;
– A new UK carbon trading platform will come into play from 1st January 2021, to be known as the UK Emissions Trading Scheme (UK ETS);
– New financing options and, in some cases investment, for nuclear, hydrogen and carbon capture storage. Whilst re-affirming the commitment to deliver 40GW of offshore wind by 2030;
– Around £2.3 billion in funding to support the roll-out of electric vehicles, as well as the electrification of cars;
– A £6.7 billion support programme for fuel poor families, in addition to the Warm Home Discount, which will give 750,000 households £150 off their winter electricity bills;
– Mothballing of fossil fuel boilers, with all new heating systems to be low carbon or a convertible equivalent by the mid-2030s;
– Supporting the oil and gas sectors and affected communities as the country moves away from fossil fuel production.

What is perhaps slightly surprising about the paper is that the amount of new detail contained is actually rather sparse, with many of the policy announcements and decarbonisation commitments already covered in previous strategy papers. Moreover there is not a great deal of substance there for commercial end-users, with a greater focus on domestic consumers and other industry players.

Perhaps most interesting is the commitment to growing the installation of heat pumps from 30,000 per year to 600,000 per year by 2028. Whilst the proposals also outline a vision to deliver four low-carbon ‘Industrial Clusters’ by 2030, which will greatly enhance the development of immature technologies such as carbon capture, usage and storage (CCUS) and hydrogen. The mention of assessing financing options in the nuclear sector is particularly pertinent given the recent announcement concerning government talks with EDF about the proposed new Sizewell C reactor.

Confirmation that the UK ETS will come into being and that the emissions volumes will be set at 5% below the UK’s notional share of phase 4 of the EU ETS is helpful and will provide some certainty to markets going forward. Up until the announcement, the government had also been considering the implementation of a ‘Carbon Tax’ as an alternative to an emissions trading scheme.

In general, the response to the paper has been met with positivity from the energy industry, with market protagonists believing that it provides market confidence, which will attract investment and deliver new infrastructure. The Chief Executive at Energy Networks Association, David Smith, said: “Together with the Prime Minister’s Ten Point Plan, the Climate Change Committee’s Sixth Carbon Budget and now the Energy White Paper, we have a clear policy around how the UK can decarbonise.”

Perhaps most criticism from the industry has come in relation to the new nuclear reactor at Sizewell C. Dr Jonathan Marshall, Head of Analysis at the Energy and Climate Intelligent Unit, said: “There is little evidence to suggest Sizewell will not be blighted by the same issues that have struck other European nuclear projects, which under the expected funding models would see Brits footing the bill for Sizewell many years before it starts generating power.”