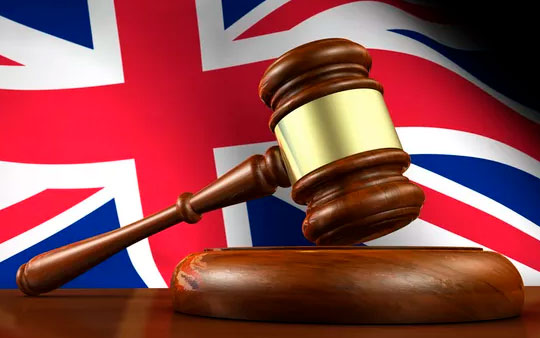 Is the UK Government’s commitment to enshrine environmental principles into law enough?

On Monday, 14 October 2019 the UK Government announced its plans, during the Queen’s Speech, for the long overdue Environment Bill. The Queen stated that the bill, published the following day, will enshrine principles in law and set legally binding improvement targets to reduce plastics, cut air pollution, restore biodiversity and improve water quality.

This week the Environment Bill passed Second Reading in Parliament. Rebecca Pow at DEFRA made it very clear that our EU exit does not change the UK’s ambition on the environment. She confirmed that the UK has no intention of weakening its environmental protections.

The Government has clearly stated that its overall ambition is to leave our environment in a better state than we inherited it. The Bill outlines the future of the UK’s green standards and environmental protection laws post Brexit as future trade agreements are developed. The series of announcements included measures to tackle some of the most prominent environmental issues.

There will be new local powers to tackle air pollution with legally binding targets to reduce fine particulate matter. The intended increased powers will ensure sources of air pollution can be addressed promptly and will enable local authorities to work with domestic occupiers to cut harmful pollution by using cleaner fuels. The Government will also gain the power to mandate manufacturers to recall vehicles where they do not meet the relevant environmental standards.

There will also be powers to introduce new charges to minimise the use and impacts of single-use plastics and increase bottle deposit return schemes ensuring manufacturers and consumers take greater responsibility for the waste they create. The plan is to force producers to pay the full net-costs of disposal of packaging they place on the market. Currently this is just 10% of the cost. By 2025, this could be extended to other difficult to recycle products including; textiles, fishing gear, vehicle tyres, construction materials and household items such as mattresses, furniture and carpets. The Government also plans to ensure that new houses are delivered whilst protecting and enhancing the surroundings to deliver thriving natural spaces for local communities. Protection for natural habitats will be supported by a Nature Recovery Network, establishing local nature recovery strategies and giving communities a greater say in the protection of local trees.

The Government has also recognised the need to increase sustainable water management through securing long-term, resilient water and wastewater. Powers will be introduced to direct water companies to work together to meet demand for water with more robust strategic planning.

The Bill is intended to support the Government to continue to drive international action against climate change, as outlined in the Paris Agreement, post Brexit. As part of the withdrawal process, the Government has repeatedly committed to the formation of a “watchdog with teeth” called the Office for Environmental Protection (OEP). One of the most critical points in the bill is that it confirms that the OEP will have the power to take businesses, public bodies and the Government to court over any breaches of environmental law. This crucially means the Government will be held to account if they fail to uphold their environmental duties, including meeting net zero by 2050.

The Government’s commitment to enshrine environmental principles into law to protect the environment for future generations is a great start, but the Government cannot resolve this matter alone. Tackling climate change must be embedded into society. It must be at the forefront of every individual’s mind and at the heart of every organisations’ ethos. Without this collective action, we face a unique and terrifying existential threat to survival.