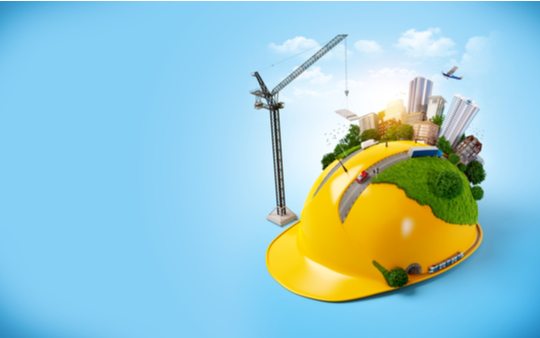 For all those involved in the construction and redevelopment of properties, there are changes afoot to building regulations Part L and Part F which will significantly impact the requirements for energy efficiency from 2021. The Government has finally issued its consultation aimed at making non-domestic buildings greener and more efficient. The plans have been many years in the making and are driven by the need for building energy regulations to align with the low and zero-carbon Government commitments.

Heating and powering buildings currently account for 40% of the UK’s total energy usage. In 2019 the government introduced a legally binding target to reduce greenhouse gas emissions to net zero by 2050. There is significant progress that is needed if this target is to be met so the introduction of new measures to address this is welcomed. The new measures will not just apply to new-builds but to existing buildings where relevant refurbishment works are being undertaken. As many of the non-domestic buildings that will exist in 2050 have already been built, it is vital that the Government makes a stand to improve energy performance buildings and improve on the ability of users to better manage their space if we are to drive down energy use and benefit the environment. Improvements to Part L and F are an essential element to achieving this goal.

The Future Buildings Standard aligns with the domestic Future Homes Standard and will regulate new homes. The new standard covers the revision of Part L for non-domestic buildings. Part L, which regulates heating, lighting, and hot water energy use in buildings, has not had any major revisions since 2013. This has been recognised for many years as hindering progress with some councils insisting on standards which exceed the regulation in order to grant planning permission. An example here is the Greater London Authority which requires non-domestic developments to improve on Part L by 35%. Alongside this consultation is a review of Part F, which regulates ventilation, which is targeting the reduction of the risk of overheating in new homes to reduce carbon emissions.

The Future Homes Standard proposes a ban on fossil fuel boilers from 2025 and a decrease in emissions of 75 to 80% compared with current levels. In the interim the aim is achieving a 31% reduction in 2021 and greater use of heat pumps for heating over traditional methods. The Future Buildings Standard is similar in structure and includes an interim target for 2021 but has no longer term goal for 2025 at this time. The Government is proposing adopting one of two options – the first would aim for a reduction of 22% in emissions through improvements in building services management ad the second, more ambitious target of 27% would require fabric improvements alongside the service improvements. Fabric improvements include greater minimum standards for thermal performance of the core structure of buildings including windows, roofs, and doors.

Both targets are based on an average reduction as the consultation recognises that the non-domestic building stock is far-reaching from warehousing to hospitals and the energy needs are diverse. For buildings with high hot water usage, it is significantly harder to make energy savings.

The calculations within the consultation document suggest that achieving 27% reduction will increase development costs by as little as 0.7% which is unlikely to be cost prohibitive to the investors and will make significant inroads in achieving to 2030 target.

There is little doubt that the current measures being proposed are interim as with the Future Homes Standard and it is expected that targets for 2025 will follow in line with this 75% to 80% reductions in carbon emissions compared with current levels. The delay in such a commitment is likely due to the diverse spectrum of buildings which the non-domestic description encapsulates and the technological developments which will deliver more substantial reductions.

A notable development is the intention of focusing attention on the building energy performance post-completion. The current route to compliance, using SEBM software, generates a target emissions rate for the building by comparing it with a compliant hypothetical building of similar size and shape. The software offers the flexibility to change building elements, compromising some areas in favour of improvements in others which in practice will not deliver improved efficiency albeit the energy rating will be compliant. SEBM was never designed to offer a prediction of actual energy use once the building is in operation and therefore a new measurement is required.

The consultation contains a proposal to address this issue by requiring energy forecast calculations which provide the occupier with month on month predictions of energy use. This will lead to an increase in the use of sub-metering to allow for improved commissioning and ongoing management of the building in line with targets. Effective commissioning can impact the building performance by as much as 30% in the first year so this cannot be overlooked. Many of the improvements that can be made to the energy efficiency of buildings do not attract significant cost and can be driven in part by behavioural management of its users.

Another area of focus is capture and reuse of heat which is often released in the outflows of a building through extraction and ventilation. Whilst this may not be seen as significant, as energy use in buildings is decreased it will become more important to look at the smaller gains which will drive continual improvement in performance. The use of heat exchangers incorporated into the design of the building will allow for greater recovery from areas that may be fitted after completion for example commercial kitchens and catering areas.

The increased integration of smart building technologies in the build process will drive efficiency in general but will also allow users of spaces with periodic use to control all building services remotely only using these when needed. Part F, which controls ventilation is generally updated alongside Part L due to the indivisibility of energy use and ventilation rates.

It is no surprise that one of the most notable proposals tackles the risk of transmission of airborne disease. The consultation proposes new measures for non-domestic buildings where singing or aerobic exercise takes place or there are large groups gatherings. Ventilation rates must be 50% higher than the minimum standards for other places. Fresh air must be and systems which recirculate air must also be capable of being overridden to supply fresh air. Whilst improving the circulation of air can simply be achieved by increasing the fan speed, this will drive energy use up exponentially which will not satisfy the requirements of efficiency so alternative solutions will be needed which could include larger ducting or larger Air Handling Units.

The consultation closes on 13th April 2021 and invites industry participants to submit their views on the proposals and this is expected to be the final opportunity to input before the changes being implemented later in 2021.