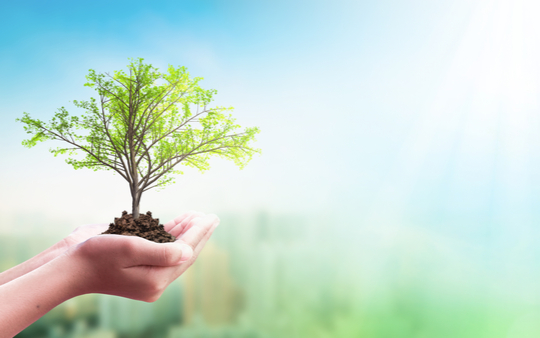 Restore our Earth – Introducing due diligence on forest risk commodities

The theme for this year is “Restore our Earth” and I do not believe that this message has ever been hammered home by nature so much as it has done in the last 12 months. The impacts of the pandemic have illustrated with painful clarity that the planet faces two crises and they are connected: global environmental degradation and its connection to our health. Deforestation, wildlife trade, air and water pollution, human diets, climate change and other issues have all fed into a breakdown of our natural systems, leading to new and fatal diseases, such as the current pandemic, and a breakdown of the global economy.

Towards the end of last year I responded to the DEFRA consultation regarding due diligence on forest risk commodities. The powers that be were proposing to introduce legislation that would make it illegal for businesses in scope to use or trade forest risk commodities (beef & leather, cocoa, palm oil, pulp & paper, rubber, soy, and timber) that have not been produced in accordance with the relevant laws in the country of origin. An admirable aim, but to be honest, I could not believe that we are in the 2020’s and yet this does not already exist!

Between 2016 and 2018, an area equivalent to 88% of the total UK land was required to supply the UK’s demand for just seven agricultural and forest commodities listed above [1]. More than 50% of global rainforest deforestation and land conversion is the result of commercial agriculture and forestry to produce the commodities we consumers take for granted, and indeed increasingly demand.

The government’s independent Global Resource Initiative taskforce produced a recommendations report in March of this year outlining a package of measures to overcome the challenges of commodity-driven deforestation and land conversation [2].

Highlights resulting from this report include the following actions for the government:

By comparison to its European cousins, the UK’s proposal is narrower in scope, focusing on one particular form of environmental harm. It does not touch on wider human rights issues addressed by both the French (2017 Vigilance Law) and German laws (Due Diligence Act), such as child labour, freedom of association or occupational safety. Again (see recent response to the UK Environment Bill), the UK proposals to fine companies linked to deforestation are less ambitious than the EU’s. It remains to be seen whether the UK government will try to introduce its own comprehensive due diligence regime akin to its European counterparts.

The legislation would target a relatively small number of businesses, those over an employee number and turnover threshold (to be set out in the secondary legislation). Whilst this approach would minimise the regulatory burden on smaller businesses in the UK, who might be viewed as likely to have an impact through the supply chain, we believe this does not go far enough.

This proposal would not do enough to stop tropical deforestation in the Amazon and elsewhere. No company should be importing products that are the result of illegal deforestation, but they also should not be importing goods from areas where weak legislation means that forests are being legally cleared.

The principle gaping flaw in the proposals, before I read anything further than the first paragraph of the briefing document, is the reference to “relevant laws in the country or origin.” These “relevant laws” include those that protect natural forests and other natural ecosystems from being converted into agricultural land.

The focus on “illegality” had been an early area of criticism of the consultation briefing, given some of the most extensive deforestation globally is conducted within “local laws” of the countries of production. We’ve all seen the way President Bolsonaro of Brazil has advocated the expansion of agriculture in Brazil at the expense of the Amazon rainforest. It is an unfortunate fact that some commodity producers may have one “sustainable line” for certain customers, but continue to destroy forests to supply other clients.

The consultation also seeks to understand how best to align its environmental footprint reporting ambitions in a way that will be most complementary with existing delivery and reporting frameworks. Deforestation has many environmental impacts on water scarcity, emissions, land use change and biodiversity. Emissions measurement and reporting in the UK is well established. Agriculture and forest producers generate significant non-point GHG emissions, primarily through land-use practices and changes to them (e.g., grazing, soil tillage practices, conservation practices, feedlot practices, deforestation or afforestation).

We believe that current emissions reporting, such as the Streamlined Energy and Carbon Reporting (SECR) and Task Force on Climate-related Financial Disclosures (TCFD) methods, are well suited to report on emissions through deforestation. The TCFD reporting calls for emissions disclosures to enable investors, supply chains and customers to evaluate how sustainable the business is in terms of financial risk. Disclosures for agriculture, food, and forest products groups should focus on qualitative and quantitative information related to both the group’s policy and market risks in the areas of GHG emissions and water, and its opportunities around carbon sequestration, increasing food and fibre production, and reducing waste.

Further, we believe the consultation and legislation should adopt a recommendation that the financial sector should also be subject to a mandatory due diligence requirement in order to avoid their lending and investments funding deforestation.

We look forward to progress on these critical issues, which will help to restore our earth.