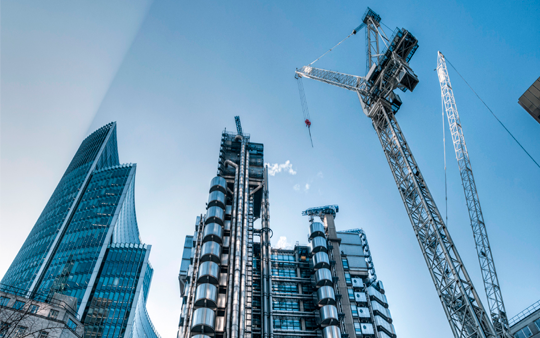 The Mayor of London, Sadiq Khan, has written to Defra to ask the Government for greater powers to tackle construction pollution, as industry experts call for urgent action to improve the state of sustainability in the UK built environment.
With half of the capital’s air pollution caused by non-transport sources, Mr Khan has requested new powers to implement a hard-hitting plan of action that combats emissions produced from machinery and the domestic burning of solid fuels. With more than 400 schools located in areas exceeding legal pollution levels, and such significant health impacts on our most vulnerable communities, the Mayor has insisted that we cannot wait any longer for the Government to provide the capital with the necessary powers to effectively tackle harmful emissions from a variety of sources.

A particular area of focus that Mr Khan wants greater powers to impose minimum emissions standards is machinery used on construction sites, which constitute the second largest source of ultra-fine particulate matter in London. Sadiq expressed concern that current standards for non-road mobile machinery such as diggers and bulldozers are not being satisfactorily applied by London boroughs. He called for the creation of a DVLA-style national database for these vehicles to facilitate the enforcement of the proposed powers.

The Mayor also wants the Clean Air Act amended to create zero-emission zones for the burning of solid fuels like wood and coal. Reform of the Clean Air Act would help the Mayor to set tighter emission limits for new domestic heating appliances like wood burning stoves, which release pollutants known to have a detrimental effect on health.

There are numerous statistics that support Mr Khan’s call to action. Around 22% of UK carbon emissions come from the operational and embodied carbon of the built environment. Other notable statistics highlight that waste from construction, demolition and excavation represents 59% of the total UK waste, while 10% of UK carbon emissions come from heating buildings alone. By bringing the data that is available into focus, it gives credibility to a variety of climate change concerns.

To drive change, this must be utilised to shape proposals for the action that is urgently needed to address the challenges the UK, and in particular London, faces in tackling air pollution. It is vital that, now more than ever, those empowered to act show leadership and drive change. There needs to be some bold and decisive action to make sustainable development truly second nature in the built environment.