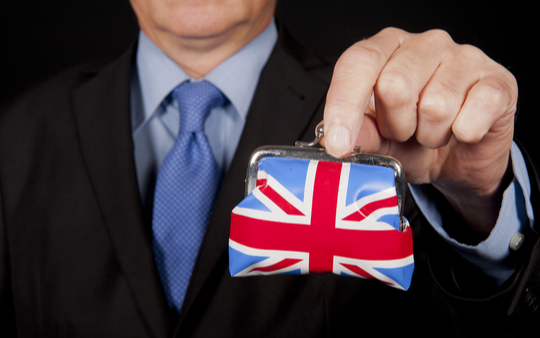 The Spending Review: An early set back in the 10-point green-recovery plan

The Spending Review (on Wednesday 25 November) prompted a mixed reaction from MPs, the public and those working on the UK’s transition to net zero.

Chancellor Rishi Sunak announced a series of measures which many felt undermine the development of a green economy. While the focus was undoubtable placed upon the coping mechanisms for Covid-19, the £100bn spent on the National Infrastructure Strategy (NIS), £27bn of which is for a road-building scheme, was confirmed. Many have voiced disappointment that net zero conditions have not yet been attached to this fund, which will be allocated competitively. While house building is a key objective, there are few safeguards to ensure new homes will be zero-carbon, and almost no assurances that the £4bn ‘levelling up’ fund will avoid propping up the high-carbon, business-as-usual economy.

Caroline Lucas, favoured Green Party MP, said “The biggest ever investment in new roads does not deliver a greener future – and nature was not mentioned once. This won’t put us on the path to 1.5C.”

To put this into context, Germany and France have recently announced a combined £63bn on carbon cutting stimulus measures. Spending £27bn on roads, when our £12bn 10-step green recovery plan was put forward only last week, doesn’t seem like the most logical step. Despite widespread consensus, energy efficiency is not included as a national infrastructure priority, and the only mention of it in the NIS is surrounding the unlocking of private investment. Greater public investment in energy efficiency, beyond the minor sums confirmed on social housing and public buildings, will be needed in order to leverage substantial private investment; and this must be accompanied by a longer-term strategy to deliver certainty beyond the Green Homes Grant. The £1.1bn for green buildings is only 1% of the total infrastructure budget – this will not be enough to put us on the trajectory to net zero.

The good news is that the plans for the UK to form a National Investment Bank from 2021 (to be based in the North of England) are aligned with a net zero remit. The Green Finance Institute’s Chief Executive, Dr Rhian-Mari Thomas, said:

“The National Infrastructure Bank (NIB) is a key next step in the Government’s Green Finance Strategy that launched last year and led to the establishment of the Green Finance Institute. It will be crucial in mobilising much-needed private capital to deliver the Prime Minister’s ten-point plan for a green recovery.”

“The NIB has the opportunity to finance innovations and infrastructure that are critical for realising the UK’s net zero commitments, but which remain challenging for private sector investment at present. Able to enhance commercial returns with social and environmental returns, the NIB can also finance social housing, coastal defences, reforestation or other investments in biodiversity and nature, revitalizing local economies and creating jobs. We look forward to supporting the NIB.”

The last iteration, the Green Investment Bank, was sold off only a few years into its mandate, so it is vital that the latest version has a long-term vision.

The government also confirmed that the UK will have an emissions trading scheme covering large chunks of industry from January 2021, which will be aligned to the net zero target and send a reassuring message to investors. New regulations and market mechanisms to drive private, low carbon investment in critical areas such as buildings, heavy industry and nature restoration will need to be swiftly introduced. This will be essential to deliver the Chancellor’s objective of accelerating private investment in infrastructure and putting the UK on a credible pathway for net zero emissions and delivering the goals set out in the 25 Year Environment Plan.

Pledges by rich nations to provide at least £100bn a year to the developing world from this year, to help poor countries cut their emissions and cope with the impacts of climate breakdown, have been central to gaining support from the developing world for the Paris Climate Agreement. The decision to cut the aid budget will fundamentally weaken the UK’s climate leadership, stalling poorer countries ability to tackle and adapt to the climate emergency (which they did not cause), souring the UKs diplomatic relationships in the run-up to COP26.

It doesn’t seem to me that the Chancellor understood the scale of the climate and nature emergencies, or the potential of the green economy for immediate job creation across the country. We now look forward to the publication of the Energy White Paper, due to be published in the next three months, it will outline strategies for different sectors to follow in the next 12 months and will be a step in the right direction.