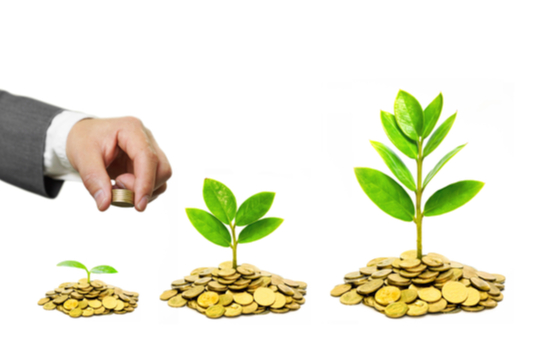 Chancellor of the Exchequer, Rishi Sunak, announced plans to launch the UK’s first green government bonds, following in the footsteps of sixteen other countries including Germany and Sweden. His announcement contained major announcements on green finance, confirming that the UK will issue its first ‘green gilts’, also known as Sovereign Green Bonds, in 2021 and will introduce new climate disclosure requirements from 2025. This move is aimed at capitalising on growing investor demand for assets that fund environmentally friendly projects.

The funds raised through green bonds will be ringfenced and utilised to fund renewable energy or clean energy projects only. The move is part of the Government’s Covid-19 stimulus plan and is very much needed at this time given the dire economic pressures created by lockdowns due to the pandemic.

The Chancellor committed to this being the first in a series of bond issues to fund projects to help tackle climate change, finance infrastructure and investment in order to create green jobs across the country.

To guarantee that the government distributes funding raised through the bond appropriately, the Treasury has outlined a pledge to implement a green finance taxonomy, similar to that being established by the EU. The taxonomy specifies which activities can be defined as “green” and aligned with the UK’s long-term climate targets. The Treasury establish a new UK Green Technical Advisory Group to create and implement the taxonomy.

In addition, the Financial Conduct Authority (FCA) has outlined firmer rules on climate risk reporting in line with the recommendations of the global Taskforce on Climate-related Financial Disclosures (TCFD). From 2023, all publicly listed UK companies with Premium Main Market status, the highest listing standard to join the FTSE UK Index Series, will be required to “comply or explain” with the TCFD’s requirements. It is intended that regulations will become more stringent and extend further to other companies in 2025. A large number of the UK’s finance houses will be subject to these new requirements, including major pension schemes, life insurance providers and asset managers.
The UK Government first started its intention to mandate the TCFD, which is aligned with the Green Finance Strategy, published in 2019. In addition, the UK finance strategy for COP26 includes plans to assist businesses get ready for disclosure The delay of the conference until November 2021 delayed such an announcement.

The TCFD recently documented that verbal commitments to support its recommendations have climbed sharply within a year. Over 1,500 organisations, including banks, pension funds, insurers, end-user businesses and government departments have pledged to implement the framework. More than 9,600 companies currently report through CDP’s TCFD-aligned disclosure platform and 84% of the FTSE100 are represented. However, as with all such measures there is a distinct gap between saying and doing. The report went on to say that the quality of reporting has increased by just 6% since 2017.
The mandating of such disclosure to align with the TCFD recommendations will increase substantially the amount of data required to achieve the measurement and management of the range of environmental issues. This will enable the data to be gathered in an internationally accepted framework allowing greater and more accurate comparison of performance across the globe facilitating better decision making and allowing analysis of the impacts of the mitigating actions to risks identified.

As with all announcements relating to the green economy and to the Covid-19 recovery effort, the news is positive at a time when the country, and the world, needs positivity to see beyond the current difficulties being faced. The UK is the first of the G20 countries to mandate TCFD disclosures which sends a powerful message to others that they should follow suit ahead of COP 26. Let us hope that these actions have the positive effects on the national economy and the effort to build it back better and greener!

The official announcement can be found here: https://www.gov.uk/government/news/chancellor-sets-out-ambition-for-future-of-uk-financial-services

This article was featured in:
Energy Live News: http://www.energylegislation.co.uk/build-it-back-greener-government-announces-uks-first-green-bonds-and-mandatory-tcfd-disclosures/