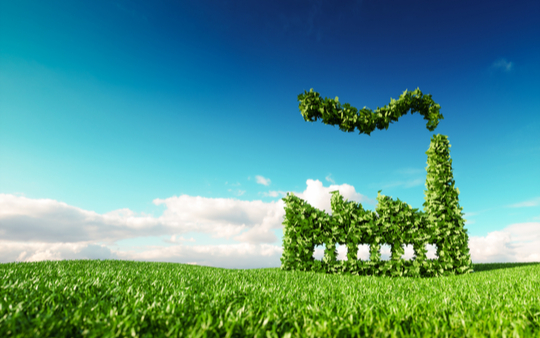 The UK Government has unveiled an ambitious strategy to deliver the world’s first low-carbon industrial sector and provide over £1 billion to cut emissions from industry and public buildings. The announcement has been welcomed by industry leaders and green groups as a big step toward largescale decarbonisation and rebuilding the UK economy with the environmental crisis at the forefront, following the Covid-19 pandemic.

The new strategy aims to reduce emissions by two-thirds in just 15 years and support up to 80,000 jobs over the next thirty years. The strategy builds in the Prime Minister’s 10 Point Plan for a Green Industrial Revolution published last year, the new Industrial Decarbonisation Strategy sets out the government’s vision for building a competitive, greener future for the manufacturing and construction sector and is part of the government’s path to net zero by 2050.

The plan will support existing industry to decarbonise and encourage the growth of new, low carbon industries to protect and create skilled jobs and businesses in the UK encouraging long-term investment in home-grown decarbonisation technology, such as carbon capture and storage from industrial plants to deter outsourcing to high emitting countries. The proposal also includes measures to produce 20 terawatt hours of the UK industry’s energy supply from low carbon alternatives by 2030. To kick-start this process, £171 million from the Industrial Decarbonisation Challenge has been allocated to nine green tech projects in Scotland, South Wales and North West, Humber and Teesside in England, to undertake engineering and design studies for the rollout of decarbonisation infrastructure, such as carbon capture, usage and storage (CCUS) and hydrogen.

To support the reduction of carbon emissions from public buildings £932 million has been directed to hundreds of projects across England including hospitals, schools, and council buildings. The Public Sector Decarbonisation Scheme will fund low carbon heating systems, such as heat pumps, and energy efficiency measures like insulation and LED lighting.

The government will also introduce new rules on measuring the energy and carbon performance of the UK’s largest commercial and industrial buildings, including office blocks and factories, in England and Wales. The move could provide potential savings to businesses of around £2 billion per year in energy costs in 2030 and aim to reduce annual carbon emissions by over 2 million tonnes – approximately 10% of the current emissions from commercial and industrial buildings.

Other key commitments within the Strategy include:

Ahead of COP 26, the UK Government’s announcement is demonstrating its aim to lead the world to become carbon net-zero whilst encouraging economic growth. The Industrial Decarbonisation Strategy is intended to send a clear message to industry with regard to decarbonisation and will improve investor confidence to release the private capital necessary to reach net zero by 2050. The overarching aim is to create the right framework to encourage industrial leaders to base their manufacturing in the UK and strengthen the economy for future generations.

Many of our clients have been leading the way by setting their own Net Zero Carbon targets ahead of the impending government legislation. To find out how we can support your business in developing a Net Zero Carbon strategy, please get in touch to book in a complimentary consultation.