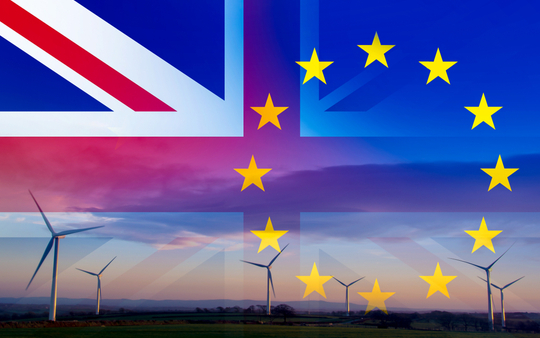 What does Brexit mean for the UK energy sector?

As of 11pm on 31st January 2020, the UK will no longer be a member of the EU and will enter into a transition period which will last until 31st December 2020.

But what does this mean for the energy markets?

The truth is that nobody knows for sure. However, we can expect significant volatility in the markets as the UK negotiates with the EU in addition to securing individual trade deals.

The European Commission has already conceded that energy relations with the UK will not be “business as usual”, and as such, much will hinge on the UK’s future role in the Internal Energy Market (IEM). The IEM is a borderless network of gas and electricity transfers between EU member states and allows energy to be transferred tariff free. Although, there would appear to be little to be gained from either side via any form of tariffication, there does seem to be a split between the UK  Government’s rhetoric in seeking a more distant relationship with the EU, and their energy objectives of achieving security of supply which would clearly require close co-operation. It would seem likely therefore that the UK will seek to operate outside of the IEM whilst maintaining as close as possible access to the internal market.

It is not thought that Brexit will have any real impact on the UK’s gas interconnectivity with Europe. Indeed last year the Government published a paper outlining how gas flows between the UK and Europe would remain even in the event of a ‘No Deal’ Brexit (which remains on the table). The major risks will likely relate to future gas pipeline projects and energy interconnectors which have not yet received final approvals. Any uncertainty surrounding these projects will likely push far curve prices upwards as many will have already been priced into markets.

With such uncertainty surrounding the UK’s future role in European energy markets, we would expect a degree of risk premium to remain in 2021 energy prices and beyond, as traders will be reluctant to see prices get too low with the future supply framework in a state of flux.

One of the few energy-related certainties is the UK’s climate change target, to reach Net Zero carbon emissions by 2050. This was set into law in June 2019 and as such will remain unchanged, regardless of whether a Brexit deal is reached.